An Intervention of a Most Surprising Kind 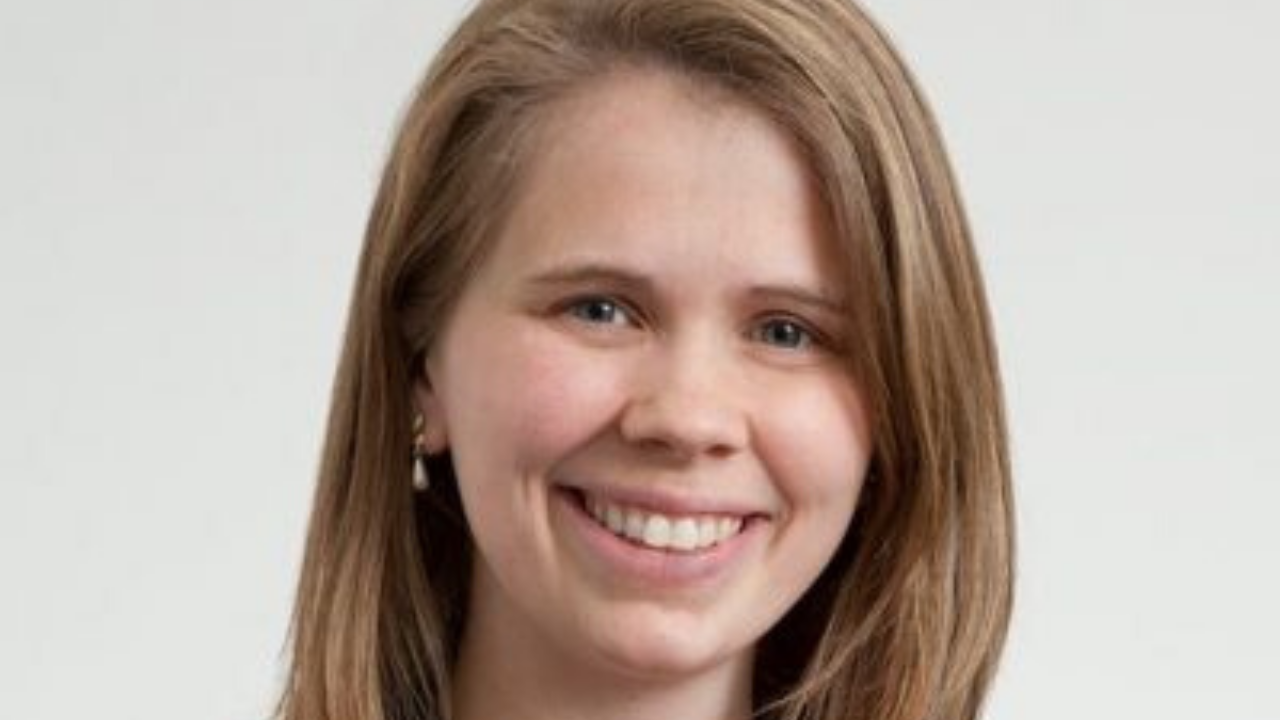 Hello Grid + Glam friends!  My name is Briggs and I am the COO of Grid + Glam.  In my recent conversations with Corinne, it became clear to both of us that I had a message to send to you, her loyal readers, regarding the surprising impact Corinne has had on me of late.  She provided an intervention I didn’t even know I needed. Let me start from the beginning. 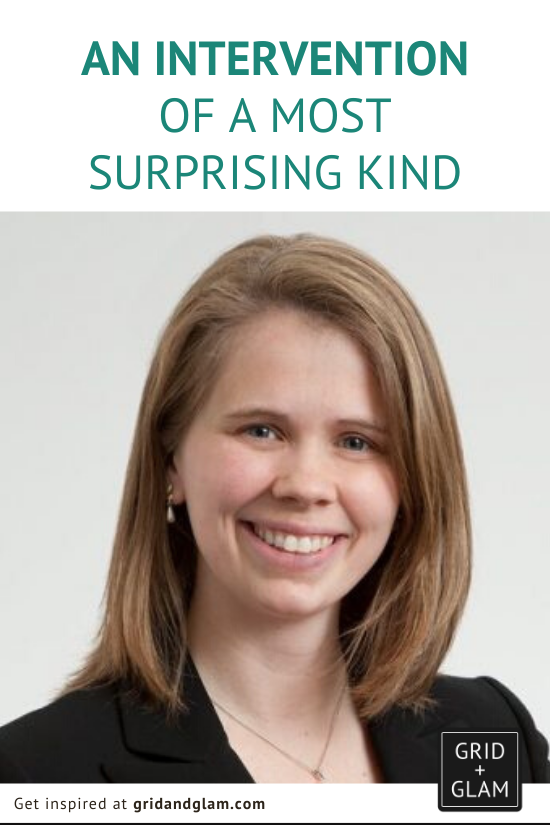 As a child, I was so, so easy.  It was easy to be easy. I pleased my parents, I pleased my teachers, I pleased my friends, siblings, and babysitters. Everyone.  It didn’t matter if I wanted to do what I was told or not, because the feeling I got from making others happy superseded any satisfaction I would have gotten from charting my own path (or so I believed).  It also reduced the times I experienced those awful feelings of causing disappointment or (gasp!) anger in someone else. I just could NOT handle being the object of someone’s anger.

As an adult, I continued this cycle of waiting for directions, being told some direction, following them perfectly, and feeling happy by making others happy.  This led to pleased professors, pleased bosses, pleased clients, pleased colleagues. Doing what I was told to the best of my abilities had worked for me throughout my childhood.  So much so that it never even dawned on me to consider my own interests.

This past November, Corinne and I were discussing her upcoming blog entry called Finding Your Formula.  In a nutshell, it explained her own journey toward finding a formula for happiness and success, which started with first figuring out what was her vision of happiness.

During our conversation, it dawned on me that I DID have interests, and suddenly, like one of those “ah-ha” moments Oprah used to talk about, I realized that the thing that makes me feel most alive, most satisfied, and most pride is . . .

(Did you think I was going to say organizing?? I wish! Ha!)

I wanted to run FAST. I didn’t want to run for my health or to be thinner.  Both notable goals, sure, but I realized that they’re not really what I cared about.  I wanted to be FAST. It’s a tiny bit unusual for a 36-year-old mom of two young kids to want to run fast.  Not unheard of, but unusual. But, it was such an “ah-ha” moment for me, I couldn’t deny it, no matter how unusual I thought it was.  I wanted to run. A lot. As hard as I could. I wanted to feel the ache in my legs from pushing myself hard. I wanted to be unbearably hungry at noon because I had such an intense workout that morning.  These signs of pushing myself to my limits meant a lot to me. And, I realized I wanted being fast to be part of my identity.

So, I began running hard in December 2018.  I went from a 31:30 5K pace to a 24:10 5K pace just six months later.  It took a ton of time and energy to make that improvement. It also took some childcare logistics and tradeoffs with my husband.  Oh, but how well spent was that time and energy! Some of the best spent time and energy in the history of time and energy. I LOVED it.  I felt alive, satisfied, proud, just as I had hoped I would.

Other hugely positive life changes followed like eating better, sleeping better, and thinking positively.  Why? I think because I am no longer that easy child. Spending so much time figuring out how to please others (and being wildly successful at it) left a void in my life: I had never learned what it was to have something that was my own, something I did just for myself because I wanted to do it.  I had heard people talking about this concept throughout my life: “doing things for one’s self.” But I always thought . . . that’s just not me. I don’t need that.

Turns out, I did.  The realization that running means a lot to me (even if nobody else got it) taught me that I can have things that mean a lot to me that nobody else gets.  It set off a chain of events that has turned this easy child into a more self-directed, confident adult who can make decisions for herself based entirely on her own will.  It is so liberating.

That’s one of the wonders of what Corinne does for us, her friends, her blog readers, her clients.  It’s not just about organizing. It’s about figuring out your own path. She lives her life so thoughtfully.  She is so much more thoughtful than I knew possible. I am so glad that I have taken the time to listen to her, and think more critically about my own life.  I am closer to living my best life than I have ever been, and I have Corinne to thank for it.

Thanks for the intervention I didn’t even know I needed, Corinne.  I hope to pay you back some day. Perhaps we could go for a run sometime . . .

BRIGGS WILSON is a Harvard grad who 'retired' from her position as Director of Student and Faculty Services at Johns Hopkins University after having her second child in 2017.  She is currently working as the COO for Grid + Glam in between fast, intense running workouts.

Want to become the most organized person you know?

Together, we can get you there! Join my email list + become a Grid + Glam Insider to receive our newsletter, free printables, and other insider offers.

Back to the blog 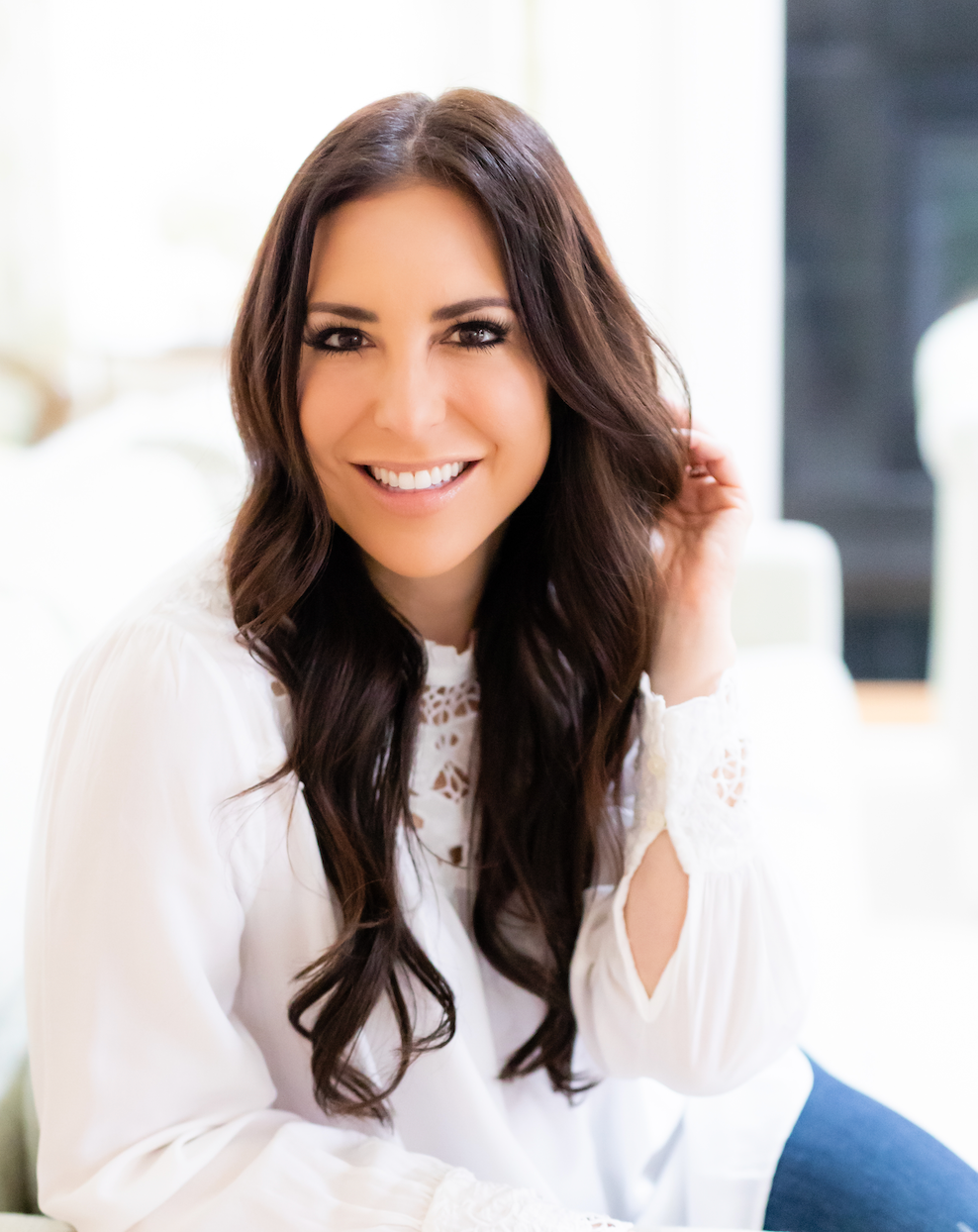 Chief Organizer at Grid + Glam. My mission is to help women create more order in their lives so they have the time and energy to do what they love. 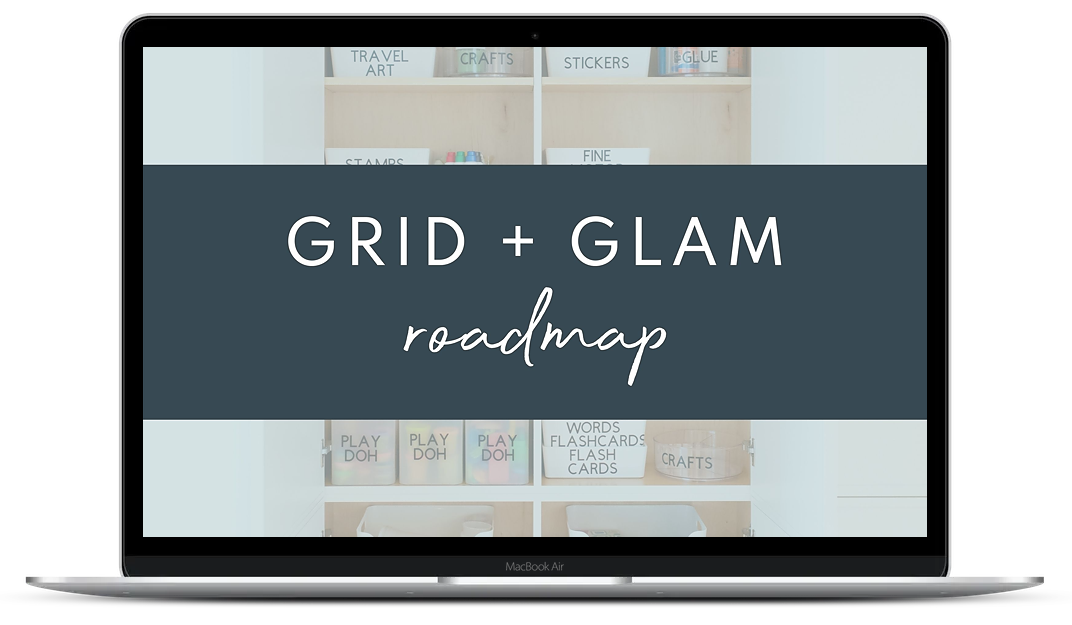 Want to finally get organized for good?

Download my FREE G+G Organizing Roadmap and learn my signature four-step process for organizing your entire home & keeping it that way (without giving up all your Saturdays). 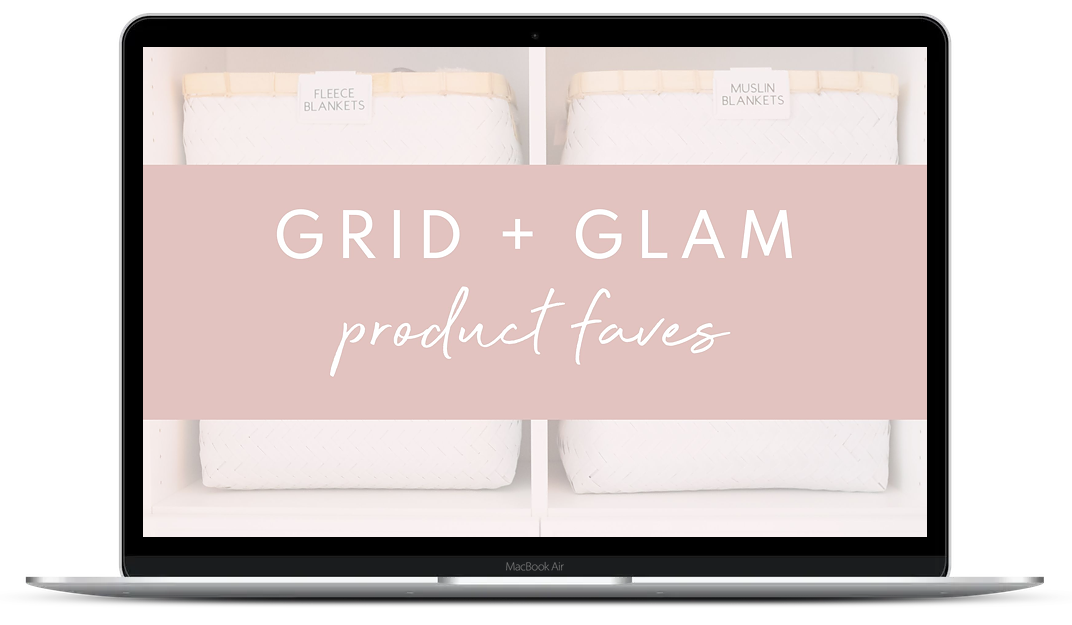 Looking for the perfect way to organize your fridge, pantry, or linen closet? Discover my favorite products + tools for a well-organized, Instagram-worthy home. 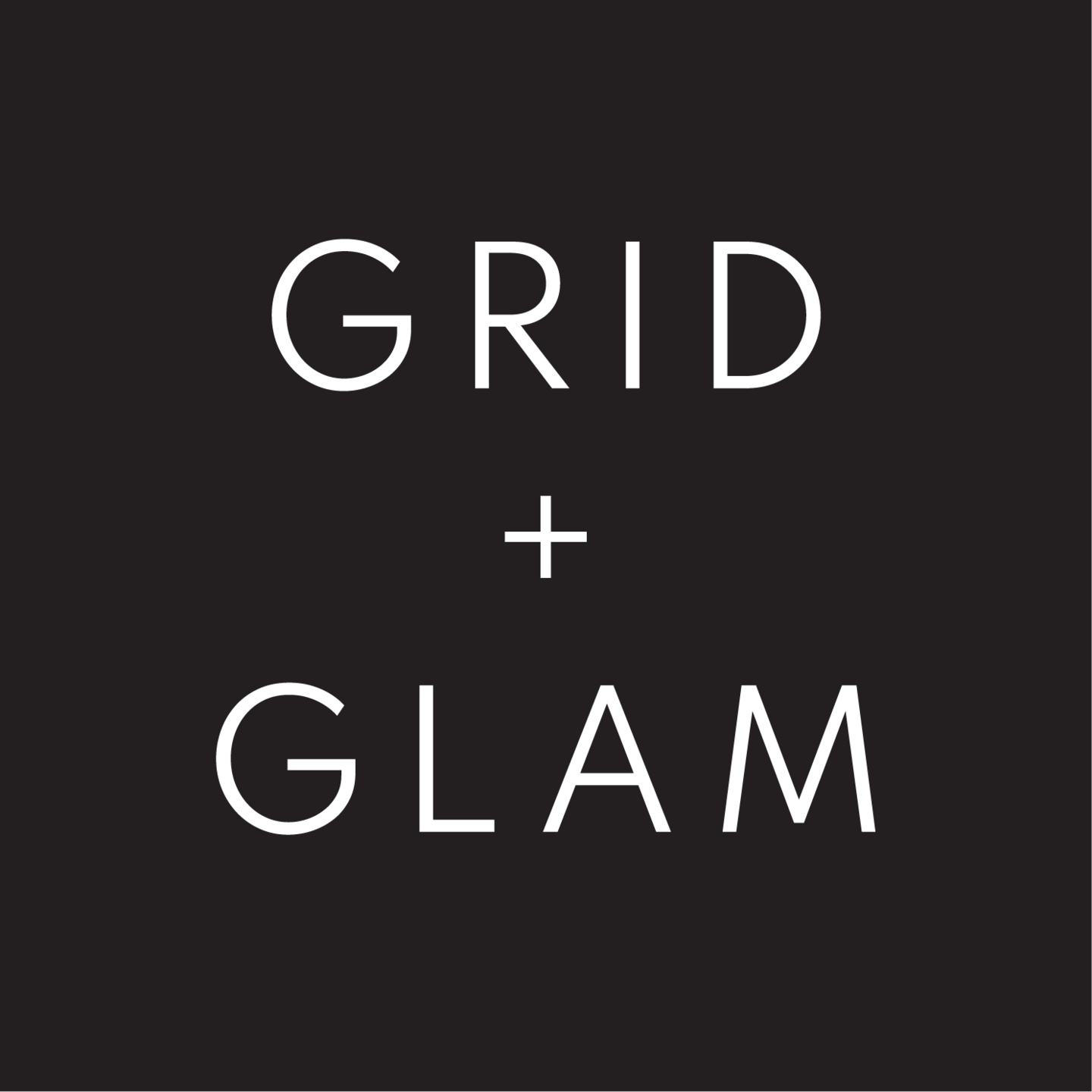 Home
About
Get Organized
For Organizers